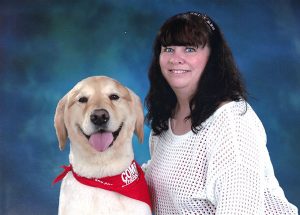 Dr. Kelly Graduated from Purdue University with her Doctor of Veterinary Medicine in 1988. She has worked at Crown Point Animal Hospital since 1990, and in 2000, she purchased this practice.

Dr. Kelly has several cats and 2 dogs; Kotr and Catalina “Lina”.
She is kept busy by her children and their activities such as wrestling, football and orchestra. 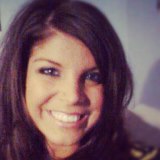 Sam joined our staff Sept of 2012. She graduated from Purdue with a BS in Business. She recently got married and moved into their first home. She brings with her a love for animals, and you can see this in her own four dogs, Bandit, Buster, Bentley, and Badger. She also recentley rescued a Bengal named Juggy, who she learned is toliet trained. She is an avid upbeat worker who enjoys working with people and animals. She also has her Cosmetology license which she obtained in 2007. 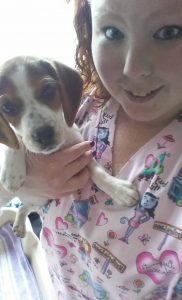 Heather joined our team in July 2013. She graduated from Lowell High School in 2011 and has always loved being around animals. She hopes someday to be able to work with big cats at a sanctuary.
She owns 1 dog, 5 cats, 1 Bearded Dragon and 3 turtles. 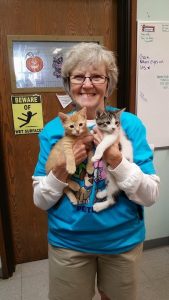 Barb is our ordering manager and basic jack of all trades. She is pretty good at fixing anything that is broke in the hospital and helping the basic workings of things.

She has been here for quite a while and is more of a permanent fixture in our clinic. She has 2 Goldens named Reiko and Emma Claire.

Shana joined our team in 2017. She graduated from Crete Monee High school in 2007. Soon after she lived in North Carolina on Marine Corps base camp Lejeune, as a military spouse. She moved back to the area in 2012. Her goal is to obtain at least a Master’s degree in psychology, in hopes of working with veterans. She has had animals her whole life and currently has 6. She has 4 dogs; Juno, Lucky, Lady and Cloey. 2 cats Elsa and Arya. She is also a busy mom of 2 handsome boys, Hayden who is 8 and Carter who is 5 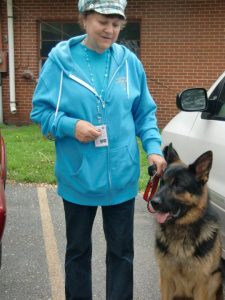 Monika who is originally from Germany, is our Surgery Technician, she monitors your pets under anesthesia and does post operative care while they are waking up. She currently has been with us for 10 years and breeds German Shepherds. 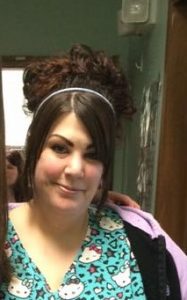 Holly joined our team in 2014, she began as an extern with us for The Vet Tech Institute at International Business College. She has always had a love for animals. She has 1 dog, Shelby; and 4 cats, Bentley, Samardzija, Pixie, and Prudence. She has a true passion for assisting in surgeries and taking x-rays. 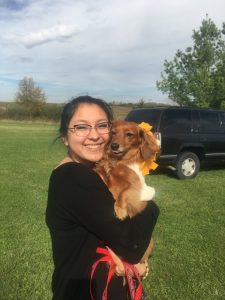 Cassy has been with us since September 2014. Cassy has 4 dachshunds, Bubba, Meatball, Champ, and Ellie. Cassy is always willing to lend a helping hand when it comes to caring for your pets. Cassy is going to school at Purdue University Northwest for Biology. 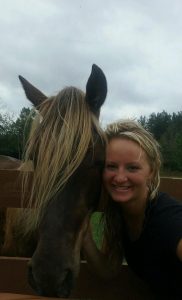 Rashele has always had animals since she was 9 years old. The day she received her first dog she knew she wanted to work in the animal filed. She and her family currently own 4 horses; Flex, Baby Girl, Annie, and Mocha. They also own a pony named Stormy, a yellow lab named Yeller, and their cat named Reece. She enjoys reading, horseback riding, writing, and four wheeling in her spare time. 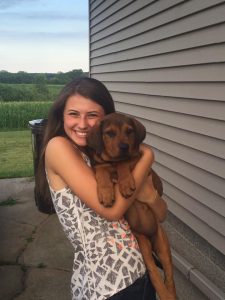 Lexi started working with us in June 2016. She currently attends Hebron High School and will graduate in 2018. She has always loved animals and has 4 dogs; Bailey, Laney, Gypsy, and Mikah. She also has 2 cats named Tank and Lily. She is always smiling while taking the best care of your beloved pets.

Jerica is 23 years old and has 2 dogs and 2 cats of her own. She has always known that she wanted to work with animals. In her free time she enjoys everything music, from songwriting to singing. She has even gone on tours and opened for some big names like Phil Vassar, Cannan Smith, and Jerrod Nieman. Country music has always been her passion; well after animals of course! 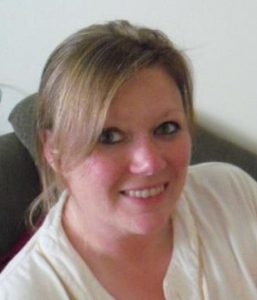 Jill has been working here since early 2005. She is a kennel technician. She enjoys taking special care of our clients pets when they are out of town on vacation. Her philosophy when the animals are here is that it is very important that they get the best care and attention as possible to keep their stress levels as low as possible, so that they may enjoy their stay here in our boarding facility.

Jill enjoys spending her spare time with her fiancee. Jill has 2 grown boys and 2 grandchildren. She also has a dog that she rescued as a 7 month old and is lovingly called Butthead. She also rescued a dog from us named Wiley.